Back to series
By Peter Medina on February 20, 2022 2022 Sermon Series - Getting to know Jesus in every book of the Bible

Shadows of Jesus in the book of Samuel 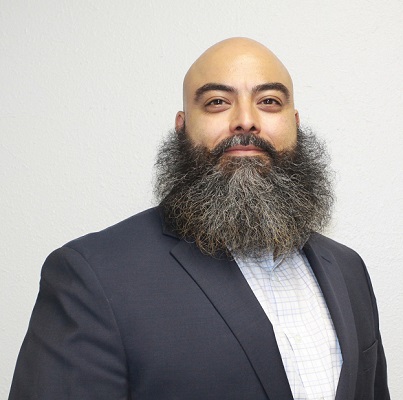 Pastor Peter Michael Medina was born and raised in Brooklyn NY. His beginnings in church were as a Catholic. He knew God existed early in his life. He followed many of the traditional religious rituals because that was what he was taught, until he met someone who invited him to church and that’s how he came to an understanding that it was about a relationship with Christ. He accepted Jesus at the age of 19, at which point his spiritual battles began and that brought him to a place where he was in and out of belief. Until he came to Florida, where God radically changed me and I’ve been following him ever since and doing work for the Kingdom.

Pastor Peter has an Associate as an electronics computer technician. He has attended Life School of Ministry for a year and a half and is currently pursuing his Associate at the Institute of Hope in Theology and Practical Ministry. He has much interest in studying the word of God and preaching the gospel. In his free time he likes to draw and play guitar. Peter also works for H&M construction and remodeling as an HVAC Technician.

At New Hope Church, he served as a youth pastor and now is currently leading the Prayer Ministry and is the Online Pastor for Sunday services. Peter is a husband to an amazing woman of God, Normarie, a father of 7 children and a step father to 4. He loves and looks forward to spending time with them. There is never a dull moment and he is grateful and blessed.

Update Personal Details
Your ticket for